Rita Johnson has been in ministry with her husband for over 39 years.

At a very difficult point in her life, the Lord appeared to her in a dream and gave her a word of encouragement and hope.  She has always wanted to paint a picture of what she saw in the dream.

Rita began her painting career in California taking painting lessons from several well known West Coast artists. It was there she developed a particular interest in portraits.  She continued her growth by attending portrait workshops and seminars led by world-renowned portrait artists such as John Howard Sanden, Darwin Musselman, and Leon Loard. Rita became a charter member of the Portrait Institute of New York, founded by John Howard Sanden and is a former member of the American Society of Portrait Artists. While living in Washington State, she was invited to be published in the journal “Artists of the Northwest”.  She has taught over three hundred workshops in San Diego, CA; Seattle, WA; Jackson, MS; Minden, LA and is currently teaching weekly classes in Mendenhall.  Rita’s paintings are held in private collections in Japan, India and throughout the United States. In addition to teaching, Rita does commissioned portraits.

A major project Rita completed was twelve individual portraits of Jesus’ disciples which took well over two years to complete. Rita’s paintings have been exhibited in San Diego, California; Federal Way, Washington; and in Louisiana and Mississippi. 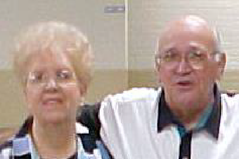 As a pastor and church planter, his focus was on mentoring, coaching, healing, and outreach to the community.

In his professional activities Bill’s unique problem solving skills enhanced his coaching, marketing, and organizational responsibilities. He and his wife Rita have developed and taught training courses which have been presented throughout the US, in Europe, Asia,and the Middle East.

He was commanding officer of a unique, “first of kind” US Army data communications network, directing nearly one hundred technicians, solving a myriad of problems associated with a new technology, and developed plans for future organizations and technologies.

As a business leader, he was responsible for the startup and operation four different organizations, the last of which went from zero revenue to several million dollars in a few years and initiated business throughout the “Pacific Rim.”